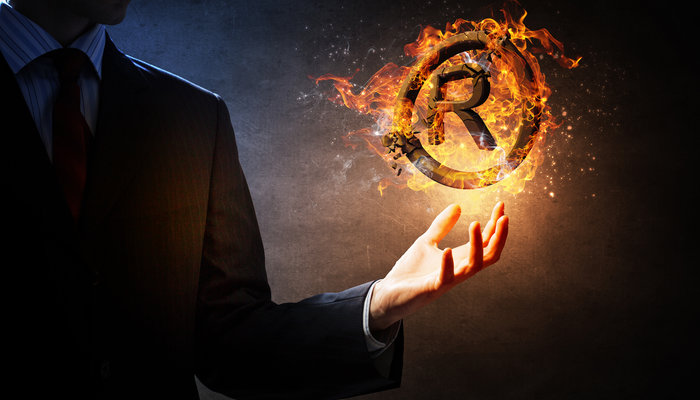 In a decision rendered by the Intellectual Property Office of Singapore ("IPOS"), it has held that USA PRO IP Limited’s applications for invalidation and revocation succeeded on the ground of bad faith and non-use respectively.

The Applicants instituted two post-registration actions against the Subject Mark, i.e. applications for (a) invalidation and (b) revocation.

The Applicants relied on the following grounds of the Trade Mark Act (Cap. 332) (“TMA”) in support of its application for invalidation and revocation:

(a) Section 23 read with Section 7(6): The application for registration of the Subject Mark was made in bad faith.

(b) Section 23 read with Section 8(7)(a): The registration of the Subject Mark should not have been granted by virtue of the law of passing-off protecting unregistered trade mark.

*At the oral hearing, the Proprietors conceded that there was no use of the Subject Mark.

(C) What is/are the present issue(s) in dispute?

(a) Whether the Applicants have met the high threshold to establish bad faith.

(b) Whether the Subject Mark should have not been registered by virtue of the existence of an unregistered trade mark.

(a) Whether the reasons proffered by the Proprietors qualify as “proper reasons for non-use” of the Subject Mark.

(a) Section 7(6): The Hearing Officer found that application for registration of the Subject Mark was made in bad faith.

(b) Section 8(7)(a): In view of the finding of bad faith on the part of the Proprietors, this issue was no longer dealt with in further detail.

(a) Section 22(1)(a) and (b): In view of the Proprietors’ admission of non-use, the issue that was dealt with was whether there were proper reasons for non-use.  The Hearing Officer found that the delay in the launch of the product line bearing the Subject Mark by the Proprietors due to the numerous actions taken out by the Applicants against them across the world constituted ordinary commercial delays. As such, it was held that the Proprietors failed to discharge their burden of showing that there were valid reasons for the non-use of the Subject Mark.

Under Section 101(c)(i) of the TMA, “the registration of a person as proprietor of a registered trade mark shall be prima facie evidence of the validity of the original registration”.  Therefore, the burden of proof lies on the Applicants to establish the grounds of invalidity. The standard of proof is that of a balance of probabilities.

The legal test in determining the presence of bad faith was been settled in the case of Valentino Globe BV v. Pacific Rim Industries [2010] 2 SLR 203 as cited in the case of Christie Manson & Woods Limited v. Chritrs Auction Pte. Limited [2016] SGIPOS 1, wherein it was laid that:

“Bad faith embraces not only actual dishonesty but also dealings which would be considered as commercially unacceptable by reasonable and experienced persons in a particular trade, even though such dealings may otherwise involve no breach of any duty, obligation, prohibition or requirement that is legally binding upon the registrant of the trade mark.

Once the Applicants have established a prima facie case of bad faith, the burden will shift to the Proprietors to disprove any element of bad faith.

The Hearing Officer opined that bad faith inquiry is a multi-factorial one. The Hearing Officer cited Kerry’s Law of Trade Marks and Trade Names (Sweet & Maxwell, 15th Edition at 8-264 and 8-265) wherein the learned authors laid down the following consideration in assessing bad faith, as follows:

(b) The fact that the applicant knew or must have known of the third party use in at least one member state of a similar sign for the similar product capable of being confused with the sign for which registration is sought is not sufficient, in itself, for a conclusion that the applicant was acting in bad faith.

(c) Consideration must also be given to the applicant’s intention at the time of filing the application for registration.  This is subjective factor which must be determined by reference to the objective circumstances of a particular case.

(d) The intention to prevent a third part from marketing a product may, in certain circumstances, amount to bad faith. This would be so when it becomes apparent subsequently that the applicant applied for a mark without intending to use it, his sole objective being to prevent a third party from entering the market.

(e) The fact that the third party has long used a sign for a similar product capable of being confused with the mark applied for and that the sign enjoys some degree of legal protection is one of the factors relevant to the determination.  In such a case, the applicant’s sole aim in applying for the mark might be to compete unfairly with the competitor.

The factual narrative attendant to the case are as follows:

(a) The Applicants were the owners of variants of the mark in several jurisdictions since as early as 1994;

(b) The Applicants’ predecessor, USA PRO Limited were the first user of the mark in Singapore;

(c) The Proprietors’ attempt to acquire the Applicants turned sour during the period of year 2006 to 2008, indicating a pre-existing relationship between the parties;

(d) There was no use at all of the Subject Mark by the Proprietors (as conceded by them at the oral hearing);

(e) Marks sought to be registered and/or transferred to the Proprietors were also taken off the register, whether as a result of non-use or not (i.e. two marks in the USA and one mark in Canada);

(f) The Applicants successfully enforced several actions against the Proprietors on the non-use of the Subject Mark.

Based on the above, the Hearing Officer found the Applicants have met the high threshold to establish bad faith for the following reasons:

(a) The Proprietors had knowledge of the Applicants’ right in the mark on or before the relevant date of 22 April 2008 (i.e. when the Proprietors applied to register the Subject Mark);

(b) Despite such knowledge, the Proprietors proceeded to apply to register the Subject Mark;

(c) The Proprietors did not use the Subject Mark at all; and

(d) The Proprietors’ actions in other jurisdictions support the proposition that they do not intend to use the Subject Mark at all.

The burden of proof was then shifted onto the Proprietors to disprove the prima facie case of bad faith but they failed to so do for the following reasons:

(a) They failed to raise any positive factual allegation that conflicts with the Applicants’ account of the prior negotiations; and

(b) They failed in their justification with regard to the conceptualisation of the Subject Mark.

On the second issue, the Hearing Officer clarified that the following elements should be determined:

However, in view of the findings in relation to bad faith, the Hearing Officer ruled that there is no need to look into this ground of objection in further detail.

The application for invalidation based on Section 7(6) succeeded.

Under Section 105 of the TMA, the Proprietors have the burden of showing that use has been made of the Subject Mark.

The law pertaining to “proper reasons for non-use” has been settled in the case of Nation Fitting (M) Sdn Bhd v. Oystertec plc [2006] 1 SLR 712 at 129, wherein it was held that “[t]he onus to show that it had proper reasons for not using the trade marks concerned during the relevant period is on the proprietor of the mark.  If obstacles to use existed, these must have arisen independently of the will of the said proprietor and ordinary commercial delays in producing a new product bearing the trade mark in question would not constitute a valid excuse”.

In addition, the High Court also noted Mr M J Tuck’s observations in INVERMONT Trade Mark that, “[t]he term ‘proper’… is intended to cover abnormal situations in the industry or the market, or even perhaps some temporary but serious disruption affecting the registered proprietor’s business. Normal delays occasioned by some unavoidable regulatory requirement, such as the approval of a medicine, might be acceptable but not, I think, the normal delays found in the marketing function. These are matters within the businessman’s own control and I think he should plan accordingly.”

The Hearing Officer held that there were no proper reasons for non-use.  The Hearing Officer is of the view that such actions (i.e. the trade mark actions initiated by the Applicants across the world against the Proprietors) constitute ordinary commercial delays which are not valid excuse for non-use.  Whether there are proper reasons for non-use must be assessed in a business sense such that it would not cover routine difficulties in the business world such as normal delays in the marketing arena. It was found that it was not commercially reasonable for the Proprietors to wait for all the global disputes to be resolved before initiating to use the Subject Mark.

The application for revocation based on Section 22(1)(a) and (b) succeeded.

The Hearing Officer clarified that while the law in the area of bad faith is clear, the application of the law may not be so clear and much depends on the actual circumstances surrounding the case.

Trade mark proprietors should be mindful that the trade mark monopoly granted to them carries with it the corresponding obligation to use the trade mark notwithstanding any pending disputes involving the trade mark. Otherwise, the same will be vulnerable to attack due to non-use.