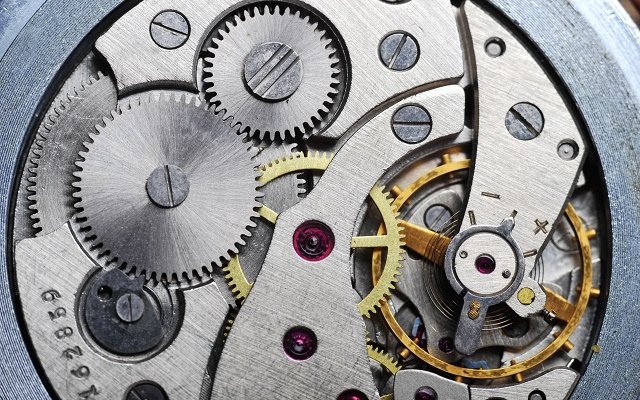 In a decision rendered by the Intellectual Property Office of Singapore (IPOS), it was held that the Opponent had succeeded on the following grounds:

Since the Opposition was successful, registration of the Application Mark failed.

The Applicant is a company selling high-end luxury watches.

The Opponent is a watchmaker established in 1905, based in Geneva, Switzerland.

The Applicant applied to register the mark “MARINER” (“Application Mark”) in Singapore in respect of watches and other specified goods in Class 14. The Opponent opposed the registration of the Application mark with the essential argument that “MARINER” is confusingly similar to its earlier trade mark “SUBMARINER” (“Opponent’s mark”) which is registered in Class 14 as well.

The Opponent succeeded on both grounds that the Application Mark firstly was more similar than dissimilar to the Opponent’s Mark and that the average consumer would not have the specialist knowledge in relation to watches that he might bring to bear in making a purchase. Secondly, that the elements on the law of passing off was established.

In making its decision under section 8(2)(b), the IP Adjudicator relied on the step by step approach set out by the Court of Appeal in Staywell Hospitality Group v Starwood Hotels & Resorts Worldwide [2014] 1 SLR 911 (“Staywell”):

In order to assess the marks similarities, the IP Adjudicator also inquired on the distinctiveness of both the marks.

Distinctive and dominant feature of the marks:

The IP Adjudicator did not find that there were any particular features of either the Opponent’s Mark or the Application Mark that stood out. Both marks lacked addition stylisations to draw one’s eye to any particular subset of letters. Furthermore, both marks comprised single known words in the English language such that it would deliberately be poked and prodded at for some distinctiveness or dominant core.

With the supporting evidence provided by the Opponent and the opinion that submitting sales or advertising figures (which can be done with a confidentiality club formed or by redacting sensitive information) would have been highly useful.

Visually, The IP Adjudicator followed the principles laid out in Ozone Community Corp v Advance Magazine Publishers Inc [2010] 2 SLR 459 which stated that in the case of word marks, determination of visual similarity involves length of the marks, structure of the marks and whether the same letters are used in the marks. Where there is a common denominator, Ozone Community Corp v Advance Magazine Publishers Inc [2010] 2 SLR 459 determined that it its “important to look at the differences between the mark and the sign in order to decide whether the challenged sign has been able to distinguish itself sufficiently and substantially”. As both the Applicant and Opponent’s Mark were of relatively similar lengths and were of single words, the IP Adjudicator found that the entirety of the Application Mark was encompassed in the Opponent’s Mark.

In terms of Aural similarity, the IP Adjudicator found that both the Application Mark and Opponent Mark shared three identical syllables, or at least three very similar sounding syllables. In addition, the only difference between both the marks was the single syllable “Sub”.

Following the case of Staywell, where it was stated that “conceptual analysis seeks to uncover the ideas that lie behind and inform the understanding of the mark as a whole”, the IP Adjudicator found the Application Mark to be conceptually more similar than dissimilar to the Opponent’s Mark.

Both parties cited the test adopted in comparing the goods and services of the competing marks registered is set out in the English case of British Sugar plc v James Robertson & Sons Ltd [1996] RPC 281 (“British Sugar”) where the following factors were held to be relevant considerations in determining the question of similarity of goods and services:

In quoting Gerard Meric v OHIM, Case T-133/05 at [29], which stated that “where a good or service in relation to which registration is sought falls within the ambit of the specification in which the incumbent mark is registered, the competing goods or services would be regarded as identical.

The Applicant initially submitted that notwithstanding the clear overlap in goods (“horological instruments”), the fact that a large proportion of goods were not identical or substantially similar was a relevant consideration.

The IP Adjudicator found that the overlap of “horological instruments” is determinative of the matter. Nonetheless, the element of goods-similarity is satisfied.

Following the Court of Appeal decision in City Chain Stores (S) Pte Ltd v Louis Vuitton Malletier[2010] 1 SLR 415 (“City Chain”), where both parties agreed that “a watch is a product which is commonly available and purchased by the general public”. This member of the general public would exercise some care and good sense in making his purchases. However, the IP Adjudicator found that the average consumer would not have specialist knowledge in relation to watches that he might bring to bear in making a purchase.

With this, the IP Adjudicator found that there is a likelihood of confusion between the Application Mark and the Opponent’s Mark, both over the origin of the goods and in the belief that the users of the competing marks are economically linked.

Overall the ground of opposition under Section 8(2)(b) succeeded.

The Opponent did not succeed under this section for it failed to prove that the Opponent’s Mark is well known in Singapore. In Formula One Licensing BV v Idea Marketing SA [2015] 5 SLR 1349 it was stated that registrations do not automatically equate to trade mark use. As for the foreign decisions that the Opponent relied on, they do not assist in determining the threshold issue of whether the mark in question is well known to the relevant sector in Singapore. Overseas registrations of the trade mark are relevant factors to Section 2(7)(c) and (d) of the Act but it has to be shown that the overseas registrations and the successful enforcement of its rights has led to its mark being well known in Singapore.

The Opponent did not succeed under this section as it failed to show that the Application Mark would result in unfair advantage. In making this decision the IP Adjudicator went through the following two tests:

The Opponent failed in meeting the element of being well known to the public at large in Singapore as the threshold is relatively high. This was evident in the case City Chain Stores (S) Pte Ltd v Louis Vuitton Malletier[2010] 1 SLR 415 (“City Chain”) where the Court of Appeal stated that “the mark must necessarily enjoy a much higher degree of recognition. It must be recognised by most sectors of the public.”

In relation to assessing the question unfair advantage, the IP Adjudicator went through the factors set out in Sarika HC:

(a)The strength of the well-known mark’s reputation and the degree of distinctive character of that mark;

(b)The degree of similarity between the marks;

(c)The nature and degree of proximity of the goods or services concerned; and

(d)The immediacy and strength with which the well-known mark is brought to mind by the challenged mark.

In going through the above factors the IP Adjudicator found that Opponent’s evidence does not substantiate any level of reputation in the Opponent’s Mark and that the Opponent’s mark is ultimately only of medium distinctiveness.

In assessing the ground of opposition under section 8(7)(a), the IP Adjudicator went through the element of goodwill, misrepresentation and damage which are required to be successful on the ground of invalidation based on the tort of passing off.

In Singsung Pte Ltd v LG 26 Electronics Pte Ltd (trading as L S Electrical Trading) [2016] 4 SLR 86 (“Singsung”), it was stated that goodwill in the context of passing off, is concerned with goodwill in the business as a whole, and not specifically in its constituent elements, such as the mark, logo or get-up that it uses. Furthermore, it was recognised that goodwill clearly exits in Singapore when a business offers a product or service for sale in this jurisdiction, and a customer purchases the product or consumes the service here. Hence, from the Opponent’s evidence goodwill was demonstrated in relation to the established network of retailers throughout Singapore.

In assessing misrepresentation, the IP Adjudicator was satisfied that on a balance of probabilities, there is a likelihood of misrepresentation that the Applicant and the Opponent are one and the same or that they are economically linked.

To establish this element, it must be shown either that there has been actual damage to the Opponent’s goodwill or that there is a real likelihood of damage (Sarika Connoisseur Cafe Pte Ltd v Ferrero SpA [2013] 1 SLR 531).

The IP Adjudicator found that there was a real likelihood of damage to the Opponent’s goodwill because the parties are in direct competition with each other.

In establishing argument for the similarities that both the marks shared, both parties relied on the Court of Appeal’s remarks in the case City Chain Stores (S) Pte Ltd v Louis Vuitton Malletier[2010] 1 SLR 415 (“City Chain”)  that “a watch is a product which is commonly available and purchased by the general public”. However, the consideration was not confined to how luxury watches were typically purchased and that the average consumer would not have specialist knowledge in relation to watcheS that he might bring to bear in making a purchase.