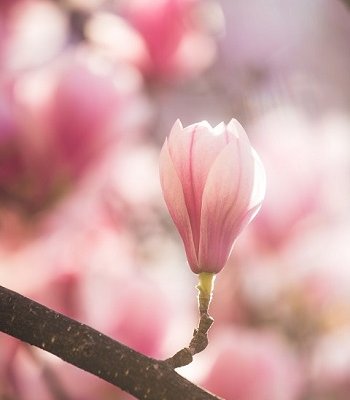 In a decision rendered by the Intellectual Property Office of Singapore (IPOS), it was held that Combe International Ltd (“Applicant”) was successful in invalidating Dr. August Wolff GmbH & Co. KG Arneimittel’s ( “Proprietor”) registered trade mark under the Trade Marks Act (TMA) on the grounds that the marks are similar, the goods are identical/similar and there is a likelihood of confusion (Section 8(2)(b) TMA) and on the three elements of passing off (Section 8(7)(a) TMA). However, the Applicant did not succeed on the ground that a confusing connections existed which was likely to damage the Applicant’s interests (Section 8(4)(b)(i) TMA).

The Applicant is an American company founded in 1949 which owns a range of brands in feminine health and intimate skin care, men’s hair colour and grooming, and oral device care. One of the brands included “Vagisil”, which the Applicant had registered as a trade mark since 1998.

The Proprietor is the medical division of the Dr. Wolff Group which is a cosmetics and pharmaceutical products company based in Germany. It’s trade mark “Vagisan”, for vaginal care products was conceived in 1994 and first used in 1998.

The Applicant challenged the validity of the registration under Section 23(3)(a)(i) of the TMA and one of the main grounds for the challenge was that the marks are similar, the goods are identical/similar and there is a likelihood of confusion (Section 8(2)(b) TMA). Furthermore, the Applicant relied on Class 3 and Class 5 in relation to relying on Section 8(2)(b) TMA amongst the other two grounds of opposition that were also read with Section 23(3)(a)(i) of the TMA.

Section 8(2)(b) of the Act: that a trade mark shall not be registered if it is similar to an earlier protected trade mark of similar or identical goods or services as there exists a likelihood of confusion on the part of the public;

Section 8(7)(a) of the Act: that a trade mark shall not be registered if its use in Singapore is liable to be prevented by virtue of any rule of law (in particular, the law of passing off) protecting an unregistered trade mark or other sign used in the course of trade; and

Section 8(4)(b)(i): where an application of whole or essential part of a trade mark is made on or after 1st July 2004 and the mark is identical or similar to an earlier mark, then the later mark shall not be registered if the earlier mark is well known in Singapore and use of the later mark would indicate a connection that is likely to damage the interests of the proprietor of the earlier mark.

Out of the three grounds, the Applicant succeeded on Section 8(2)(b) and 8(7)(a) of the TMA but was not successful in invoking  and 8(4)(b)(i) of the TMA in supporting its grounds of invalidation.

In making its decision under section 8(2)(b), the Principal Assistant Registrar (“PAR”) relied on the step by step approach set out by the Court of Appeal in Staywell Hospitality Group v Starwood Hotels & Resorts Worldwide [2014] 1 SLR 911 (“Staywell”):

In assessing the similarity of the mark, the PAR took the following principles into account:

The three established aspects of similarity in marks is aural, visual and conceptual similarity. Applying the facts of the present case, the PAR found that the aural similarity  between both the marks were above average in that she considered the impression produced by the marks which was influenced by the syllables, rhythm and intonation of the marks were more similar than dissimilar.

As for visual similarity, the PAR found that the degree of visual similarity to be above average. The Applicant’s mark “Vagisil” and the Proprietor’s mark “Vagisan” was compared as a whole in that they coincided in the majority of the letters as well as in their structure and number of letters.  Following the Court of Appeal in Ceramiche Caesar SpA v Caesarstone Sdot-Yam Ltd [2017] 2 SLR 308 (“Caesarstone”), the Principal Assistant Registrar applied that it is important to look at the differences between the mark and the sign in order to decide whether the challenged sign has been able to distinguish itself sufficiently and substantially.

In this, the PAR found that there was identity in some goods given the overlap in tis specifications. For example, the Proprietor’s soaps and cosmetics in Class 3 overlaps with the Applicant’s cosmetics and toiletries for feminine use and the Proprietor’s pharmaceutical products in Class 5 overlaps with the Applicant’s pharmaceutical preparations, medicated creams and vaginal suppositories.

In assessing likelihood of confusion, the PAR applied the two types of confusion under Section 8(2)(b) of the Act in the case of Hai Tong which states that the first is where the consumer mistakes one mark for another and the second is where consumers may perceive the contesting marks to be different but remain confused on the origin of each marks and perceive that both the marks originate from the same source.

Furthermore following the case of Staywell in assessing the likelihood of confusion between both the marks, the PAR took into account certain extraneous factors below:

The degree of similarity of the marks:

Under this factor, the PAR had early established that there overall is an above average degree of similarity between the marks.

The reputation of the marks:

Whilst the PAR accepted that the Applicant’s products were first made available in 1989 and in major supermarkets and retailers till date, she was not convinced that this was related to the Applicant’s mark having a reputation.  The PAR substantiated this by stating that the approach is not “reputation and therefore confusion” and there is also no evidence supporting this. Therefore she found this factor of reputation to be neutral.

The impression given by the marks and the possibility of imperfect recollection of the marks:

Taking both the marks’ similar structure, beginnings, lengths and the only difference between both the marks is their final two letters, the PAR found that when the consumers’ imperfect recollection is taken into account, the marks may appear to be similar and therefore produce a likelihood of confusion.

The normal way in, or the circumstances under, which consumers would purchase goods of that type:

In making an assessment under this factor, the PAR stated that whilst oral communication in respect of the product and the trade mark is not excluded, the choice to purchase and item is generally made visually. Furthermore, whilst noting that the visual aspect plays an important role in the assessment of likelihood of confusion, she found that aural considerations may also play a part i.e. mouth recommendations. Therefore, in this aspect, the PAR found that the likelihood of confusion as the degree of mark similarity is above average.

Whether the products are expensive or inexpensive items:

Taking into consideration that care and attention will be placed in purchasing the goods in question, the PAR found this factor to not be very useful.

The nature of the goods and whether they would trend to command a greater or lesser degree of fastidiousness and attention on the part of prospective purchasers:

The PAR took into consideration the likelihood of indirect confusion, that there may be a possibility that the average consumer might, on recognizing that the marks are different, assume that there is a connection between the two. In light of this, the PAR stated that this would only be caused if there is a similarity between both the marks in the first place.

The likely characteristics of the relevant consumers and whether they would or would not tend to apply care or have specialist knowledge in making the purchase:

The PAR took into consideration the nature of the goods and stated that consumers are likely to exercise care when purchasing the goods to ensure that they buy what is suitable for them and that while this make direct confusion less likely, the possibility of indirect confusion still remains.

Whether the transactions are routine or infrequent:

The PAR noted that regardless of whether the goods are required on a routine or infrequent basis, consumers are likely to purchase the goods with care and consequently with greater attention being paid to the trade marks used on those goods.

Taking a holistic view of all the circumstances, the PAR found that a likelihood of confusion exists on the facts.

It further clarified the nature of goodwill in that the goodwill relevant to passing off action is not goodwill in the mark, logo or get up but the tort of passing off protects a trader’s relationship with his customers.

In its judgement, the PAR stated that the goodwill in the context of passing off is concerned with the business as a whole and not specifically in its constituent elements such as the mark, logo or get-up that it uses. In light of this, the PAR accepted that the Applicant has goodwill in the Vagisil Marks.

Following the Singsung, the PAR found that given the Proprietor’s misrepresentations, given that both the parties compete in the same line of products and that a likelihood of confusion has been established, there is also a real likelihood of damage to the Applicant’s goodwill as custom will likely be diverted.

In dealing with the issue of marks similarity under Section 8(2)(b) of the TMA, the PAR had found that the marks are more similar than dissimilar and the degree of similarity is above average.

The Applicant’s sale of 154,123 units of products and a gross sale of USD 440,761 in 2011 were considered insufficient to prove that the Applicant’s Vagisil marks are indeed well known to the relevant sector.

Furthermore, whilst the Applicant spent a considerable amount of money on advertising and promotion of its mark in Singapore, the expenditure before 2011 was not provided and the public exposure of the Vagisil mark in Singapore was not sufficiently substantiated.

The Applicant attempted to rely on its overseas registration and enforcement actions in supporting its claims of being well known however, the PAR found that there was little relevance to proving that the Vagisil marks were in fact well known in Singapore.

Therefore, taking the evidence as a whole, the PAR was not satisfied that the Applicant’s mark is well known in Singapore.

This decision demonstrates that in successfully establishing goodwill for passing off, one cannot assume that its mark would also succeed in proving that it is well known to the relevant sector. The threshold for proving that one’s mark is indeed well known in Singapore is high in that the evidence should portray the extent of exposure of one’s advertisements of its products to the public and the relevance of any overseas registrations leading to being well known in Singapore.