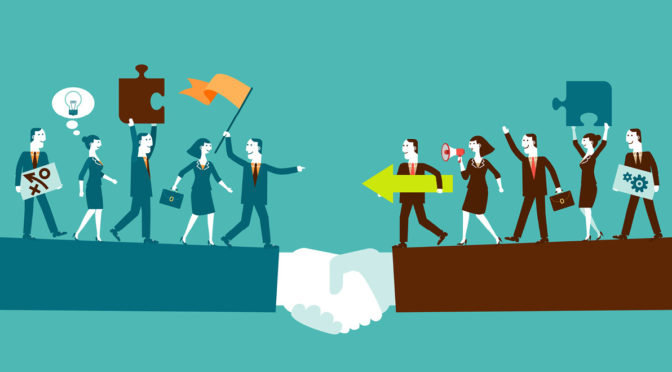 In a decision rendered by Singapore’s Court of Appeal, the highest court in Singapore clarified the position for joint ownership in contested patents.

Cicada is a Singapore-incorporated software engineering company and is the registered proprietor of the Patent – a system which allows patient specimens to be ordered and collected in an automated manner for laboratory testing, such as to reduce the chances of human error.

Previously, NUH had a combination of manual and electronic processes for its clinical care workflows whereby doctors would order laboratory tests for patients via hard copy forms. Information would then be keyed into an electronic system. In 2004, NHG embarked on a project to digitize the clinical care processes in its hospitals and envisioned to implement a computerized system which would enable doctors to order for medical tests electronically. NUH further decided that a software would be required in order for the hospital to have a complete electronic laboratory trail. Cicada was appointed by NUH to develop the software and NHG and Cicada subsequently entered into a Memorandum of Understanding for this project. From the proposal for the application for external funding of this project, the company directors of Cicada, Dr Danny Poo (“Dr Poo”) and Dr Anil Kumar Ratty (“Dr Ratty”) had worked with Dr Sunil Kumar Sethi (“Dr Sethi”), the Chief of the Department of Laboratory Medicine and Senior Consultant Chemical Pathologist at NUH.

On 14 August 2007, Cicada filed an application for the Patent with Dr Poo and Dr Ratty being the inventors of the Patent. The Patent was granted by the Registrar to Cicada as the sole proprietor on 30 July 2010.

The Registrar declined to deal with the Reference due to the complexities of the matter and its contractual issues between the parties. The matter was therefore referred to the court to decide. At the High Court proceedings, the Judge found that both Cicada and NUH were jointly entitled to the ownership of the Patent, and ordered that Dr Sethi, Dr Ratty and Dr Poo be named as joint inventors of the invention and that NUH be named as a joint proprietor of the Patent together with Cicada. Both NUH and Cicada appealed against this decision and argued that each of them is solely entitled to the ownership of the Patent. NUH was further awarded fixed costs of $77,500 and disbursements amounting to $22,072.90.

As the issues in both appeals by Cicada and NUH overlap substantially, the Court of Appeal ("the Court") opted to address the issues together. The key issues being:

(a) Whether section 47(9) applies to the High Court Proceedings such that the court is not permitted to determine the question of entitlement to the Patent unless NUH is able to show that Cicada knew at the time of the grant of the Patent that it was not entitled to it; and

(b) If the court is permitted to determine the question, either because section 47(9) does not apply or because NUH can show that Cicada knew at the time of the grant of the Patent that it was not entitled to it, whether Dr Ratty, Dr Poo, Dr Sethi and Mr Lim or any of them were the inventors of the invention and whether NUH or Cicada is entitled to sole proprietor of the Patent.

(a) The Court held that section 47 of the Patents Act therefore did not remove the High Court’s jurisdiction to make declarations as to patent entitlement and found further that the phrase “the proceedings in which the jurisdiction is invoked” refers to the High Court Proceedings.

(c) The Court held that Dr Ratty, Dr Poo and Dr Sethi were the inventors and in accordance with the finding of the joint inventors, the Court found that both NUH and Cicada share joint ownerships of the Patent.

(F) RATIONALE (reasons for the holding):

(b) To determine Cicada’s knowledge at the time the Patent was granted, the Court noted that this is a subjective inquiry, that the proprietor must have actually known that it was not entitled to the patent and it is not enough that it ought to have known, as following the legal principles of Lockheed Martin Corporation v Hybrid Air Vehicles Ltd. Such subjective knowledge was to be proven on a balance of probabilities through inferences drawn from the objective facts and circumstances of the case.

Given the Court’s finding that Dr Sethi, Dr Ratty and Dr Poo had worked closely together on the invention as disclosed in the Patent and Dr Sethi had contributed substantially to their joint efforts, such that Cicada knew (through Dr Ratty and Dr Poo) that it was not solely entitled to the Patent at the time of grant, the Court proceeded to determine the second issue on the question of entitlement to the Patent. The Court noted that this is a two-part inquiry wherein the inventors must first be identified and the owners of the patent must be determined.

In considering who the inventors of the Patent were, the Court regarded them as those who contributed to the inventive concepts A and B, and at all material times, the Court inferred by the evidence that Dr Ratty, Dr Poo and Dr Sethi were clearly the main drivers of the project leading to the Invention. Such was their close cooperation from not only their collaboration on the TEC Proposal but also their co-authorship and joint publication of two articles relation to the Invention in 2008. The Court was persuaded that while the seed of the Invention may have been planted by NUH, it only took root with the aid of Cicada’s software expertise and bloomed when both parties nurtured and nourished it together. The Court found it difficult to attribute inventorship to one party to the exclusion of the other as the Invention was clearly result of cooperation and collaboration.

(d) As the issue of ownership follows from the determination of inventorship, the Court found in accordance with their findings of the inventors that the owners of the Patent are NUH and Cicada.

Cicada takes the position that the court has no jurisdiction in the High Court Proceedings to determine the question of entitlement to the Patent. It argued that:

(a) Section 47 of the Act provides for concurrent jurisdiction of the Registrar and the High Court wherein an applicant seeking the determination of a question of entitlement can choose to invoke either the jurisdiction of the Registrar or that of the High Court at any time. If such is to be the case, the two-year time limit in section 47(9) of the Act must be applied to an application to the High Court, either in the first instance or after the Registrar declines jurisdiction. In the present case, the proceedings in High Court were commenced more than two years after the date of the grant of the Patent, which meant that it was out of time as prescribed in section 47(9) and NUH therefore bore the additional burden to show that Cicada knew at the time of the grant that it was not entitled to the Patent.

(b) Alternatively, Cicada argued that even if section 47 does not provide for concurrent jurisdiction, the High Court proceedings should not be seen as a continuation of the Reference since the relief sought and the facts relied on by NUH were substantially different from those that was raised before the Registrar.

(c) Cicada also argued that in either cases above, NUH had not shown that Cicada had known that it was not entitled to the Patent. Further, Cicada did inform NUH of its Patent application and Dr Sethi was aware that such application was filed, yet it was only in 2012 that NUH challenged the grant of Patent to Cicada.

On the other hand, NUH argued that:

(b) NUH further argued that even if it was time-barred by section 47(9), it was still able to show that Cicada knew at the time of the grant that it was not fully entitled to the Patent. This was made by an inference from the fact that Cicada had applied for the Patent secretively. NUH also contended that since neither Dr Ratty nor Dr Poo had contributed to the inventive concept of the Patent, Cicada should not have thought that it was entitled to the Patent.