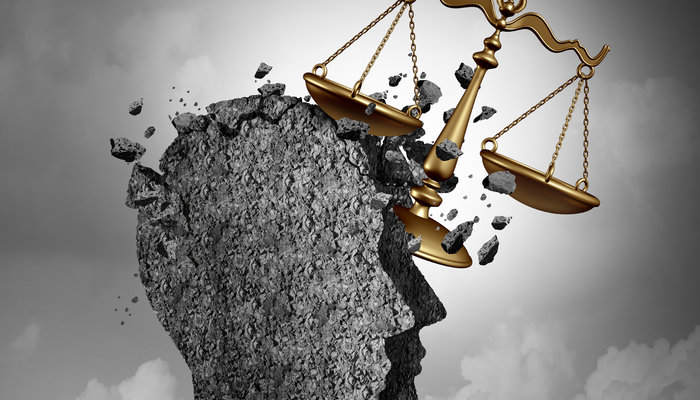 (A) DPA in Singapore?

In a 16 January 2018 Business Times article, it was reported that Minister for Home Affairs and Law K Shanmugam announced that there is a possibility of Deferred Prosecution Agreements (“DPAs”) being offered in Singapore to corporations if they abide by specific requirements. Mr Shanmugam said at the Modernising Criminal Justice: New Developments in Criminal Procedure dialogue, which was held on 15 January 2018, that “[i]t's about time we had DPAs here where corporates can be taken to task and (where) they could pay a much higher sum compared to what the criminal law provides.”

In order to improve the criminal justice process in Singapore, on 28 February 2018, the Ministry of Law introduced the Criminal Justice Reform Bill to amend the Criminal Procedure Code (“CPC”). In this Bill, the Ministry of Law proposed adding Part VIIA on Deferred Prosecution Agreements to the CPC. The proposed Part VIIA will include provisions on the overall procedure of DPAs such as entering into, breach, expiry and variation of terms, the effects of DPAs, persons who many enter into DPAs, and the contents of DPAs.

DPAs are voluntary agreements entered between the prosecutors and corporations facing potential prosecution for certain corporate offences, where the former agrees to suspend prosecution or dismiss charges if the latter agrees to comply with certain conditions such as payment of fine, admission of facts and participation in programs to ensure future compliance with the law. This legal tool, which applies to corporations only and not individuals, is already in effect in countries such as the UK and the US. The United States Department of Justice (“DOJ”) recently used this legal tool in the bribery case of Keppel O&M Brazil, where Keppel O&M Brazil agreed to pay fines totalling US$422 million and to fully cooperate with the authorities in enforcing compliance with the law in its businesses.

There are two main types of settlement agreements in the US. The first type is DPAs while the second type is Non-Prosecution Agreements (“NPAs”). Briefly, the main difference between the two types of settlement agreements is, in the former, criminal charges have been filed against the offender while in the latter, no charges have been filed against the offender and thus, they do not involve review by a court. DPAs were first introduced in the US in 1992 when a settlement agreement was reached between Salomon Brothers and the DOJ to forgo the prosecution of the former for its “unprecedented cooperation”. In the US, DPAs may be entered into with individuals or corporations, unlike in the UK and in the proposed framework in Singapore. While DPAs were introduced as early as in 1992, it was not until the mid-2000s that the use of DPAs by the DOJ started picking up and becoming a regular feature in the US [1].

DPAs were introduced in the UK through the Crime and Courts Act 2013[1] in 2013 and the relevant provisions officially came into effect on 24 February 2014. Unlike the US, DPAs in the UK only apply to organisations and not to individuals [2]. Currently, the power to enter into DPAs is made available to the Crown Prosecution Service and the Serious Fraud Office (“SFO”) [3]. DPAs in the UK can be entered into for a range of offences, including both common law offences, such as conspiracy to defraud, and statutory offences, such as fraud, bribery and many other economic offences[4]. Since the introduction of DPAs in 2014, the SFO had entered into 4 DPAs [5].

Several concerns have been raised with regards to the implementation of DPAs in Singapore [1]. The various concerns are listed below:

Nevertheless, these concerns may be addressed with judicial supervision. As explained later in Section (D) of the article, DPAs in Singapore will require the approval from the High Court, which will consider interests of justice and the fairness, reasonableness and proportionality of the terms of the DPAs, before they can be implemented between companies and prosecutors. Moreover, once approved by the High Court, DPAs need to be published. Judicial supervision by the High Court prior to their approval and the subsequent publication of the DPAs will help to ensure that there is transparency and fair outcome in the DPAs.

In addition, the prosecutors will have the discretion in deciding whether to enter into DPAs with organisations or to commence prosecution against them. Companies must demonstrate to the prosecutors that they have a genuine intent to rehabilitate and that they are worthy to be considered for this alternative resolution before prosecutors will even consider entering into one with these companies.

The most obvious advantage of DPAs in Singapore is the opportunity for a prosecutor to impose the appropriate amount of fine on organisations that are found guilty of corrupt practices. As of now, under the Prevention of Corruption Act (“PCA”) , an organisation or person will only be liable to a fine up to $100,000 and/or an imprisonment term of up to 5 years if found guilty of corruption [1]. As seen in the recent case of Keppel Offshore & Marine, the DPA allowed the prosecutor to impose a fine of US$ 422 million [2], instead of the measly amount of $100,000 under the PCA.

DPAs also give prosecutors the opportunity to impose additional conditions to encourage corporate reform. Prosecutors may include conditions that organisations must comply with such as, but not limited to, enhancement in their internal anti-corruption policies and embedment of strict and effective compliance controls across the businesses to prevent and detect corrupt practices in the terms of the DPAs.

(C) Who will be affected by the proposed DPA framework?

Corporations who set up in Singapore and prosecutors.

(D) What is the proposed framework for DPAs in Singapore?

In the proposed DPA framework, certain corporate offences, which have yet to be finalised, will be covered. Corporations facing charges involving these offences may come to an agreement with prosecutors through negotiations and discussions. Once the prosecutors and the corporations have come to an agreement, they are required to seek approval from the High Court before implementing the DPAs. The High Court must be satisfied that the DPAs are made in the interests of justice and that their terms are fair, reasonable and proportionate to both parties before giving its approval. In addition, the DPAs must be published after they are approved by the High Court.

(E) Rationale behind the proposed implementation of DPAs in Singapore

If implemented in Singapore, the DPA framework will be an additional legal tool that prosecutors can consider when dealing with corporate offences. The non-adversarial approach of the framework means that prosecutors will have more freedom and control over the punishments that corporations should face in the event they commit corporate offences that are covered by the framework, for example determining the amount of fines, which could possibly go beyond the maximum fines given under the Prevention of Corruption Act, and implementing programs that to ensure corporations’ future compliance with the laws and regulations.

Nevertheless, the nature of the framework also means that there is a possibility that corporations, especially the bigger ones with sufficient resources, may simply buy their way out of their criminal liabilities in such a framework. The law will then be rendered useless in such scenarios. Its implementation may also result in the unintended outcome of a reduction in the effort of the government to enforce the law and policies against corporate crimes.

Ultimately, only time will tell if DPAs will be feasible in Singapore.