This trade mark opposition was commenced by Sociedad Anonima Damm, owner of the registered “

” in Class 32. The Parties are involved in several IP disputes worldwide.

The Opponent also relies on its three (3) unregistered marks in support of its opposition: 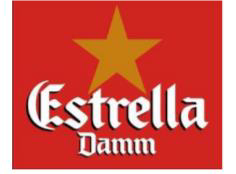 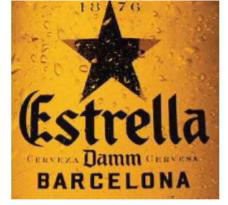 Opposition failed on all grounds.  The Application is also entitled to costs to be taxed, if not agreed.

Similarity between the Competing Marks:

1. The Registrar has found that the Application Mark and Opponent’s Marks to be:

3. Therefore, it was concluded that opposition under Section 8(2)(b) failed.

4. The Registrar ruled that opposition under Section 8(4) failed.  Evidence shows that the sales of “ESTRELLA DAMM” products are very low and the distribution is severely limited.  Additionally, the Opponent’s evidence on advertising and marketing is not significant and it insufficient to establish that the Opponent’s Marks are well known.

5. The Registrar ruled that opposition under Section 8(7)(a) failed. The Registrar concluded that the use of the Application Mark is not likely to result in consumers being deceived or confused into thinking that the Applicant’s goods are, or emanate from the Opponent. Additionally, the element of misrepresentation was also not established.